Why can Eunion be used in the global trading system

Eunion is an efficient matching engine of Eunion Trade developed based on the rich clearing experience of traditional financial market, which can not only cooperate with various exchanges and also can be used in A-share, Hong Kong stocks, US stocks, index, etc. With the speed advantage of ultra-high frequency trading, the auto-programming conducts the clearing transactions through the enormous amounts of orders to obtain profit in advance. Efficient and accurate operation makes Eunion an important part of the entire financial market.

At present, Eunion has become a clearing firm of 132 digital currency exchanges in the world and also the largest clearing firm of Huobi (digital virtual currency) exchange — one of the world’s largest exchanges. The reasons for the rapid development of Eunion, aside from its own factors, the main reason is that the problems of transparency and customer trust the digital currency faces receive growing attention from the industry.

If you have bought encrypted currency through website or APP, such as Coinbase, OKEX, Binance, Poloniex, Kraken, these are centralized exchanges. Centralized exchanges have been invaluable in the development of digital currency. Without the digital currency exchanges, there would be no the booming digital currency market today and the blockchain technology would not be widely known. Whereas, relative to the traditional financial trading market, the trading platform of blockchain has some differences. These differences bring convenience for the development of blockchain technology as well as risks for the industry development. 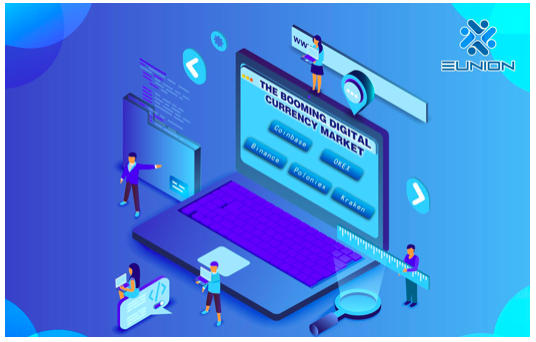 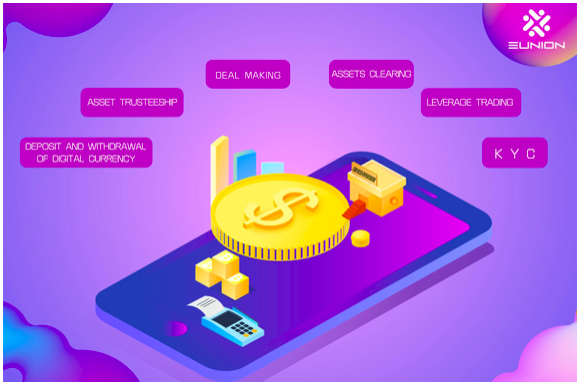 From the model comparison of the two, we can see that the traditional financial exchanges rely on the brokers. It is of a pyramid structure: users gather at the broker, the funds are deposited in the bank and the securities are registered and settled in the third-party institutions. Essentially, the exchange only offers the functions of matching, supervision assistance, information assistance, etc. Given the decentralized characteristics of digital currency, the trading platform of digital currency is of a flat structure, because the assets management is built in the exchange. Hence, no trading platform needs a third-party institution to register and settle the digital currency, which comes with the easy deployment characteristics of the business architecture. User flow and capital flow end up gathering in the digital currency exchange. But seen from the whole industry, these advantages deliver the following problems to the trading platform of digital currency: 1. Insider dealing. The exchange amounts to a black box. An opaque internal operation will bring huge risks. 2. Absence of supervision, imperfect information disclosure, the risks of exchange escaping with money. 3. Position risks. The user’s funds are totally deposited in the exchange. 4. Benefit-oriented. The development of blockchain is considered after the profit. 5. The risk of exchange bankruptcy. The above problems are not rare in the history of digital currency exchange.

As opposed to the traditional financial field, the absence of fund custody institutions is the most important reason for the above problems the exchange faces. Eunion provides an approach to such problems. As for the digital currency business, it means Eunion will open an account in the users’ mainstream exchange. While the users’ are not directly deposited in the exchange, as Eunion’s assets network is set in the blockchain, which is similar to a decentralized exchange. The account opened at Eunion is an on-chain account. It means that Eunion provides users with the access to the exchange and acts as the assets custody institution for the exchange. 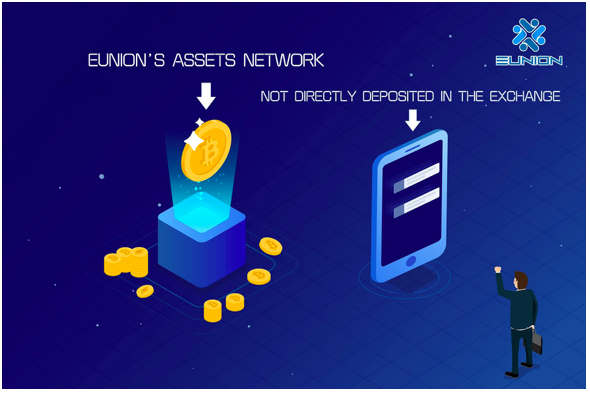 Eunion can do this because Eunion has the following advantages. First, the team has rich clearing experience. Eunion’s trading team was founded in 2013 in Europe where the financial industry is developed. It is engaged in providing the global investors, financial institutions with clearing transaction services in the field of digital finance and helping customers to obtain stable income from clearing transactions through designing, developing and operating the transaction procedures. After years of business integration, for the time being, the team has various trading strategies and supplies the retail investor and institutions with transaction advisory and services, mainly for traditional securities, US stocks, Hong Kong stocks, A-share, futures options, gold and foreign exchange trading. In 2017, the European company was established and formally carried out the digital currency trading business. And Eunion set foot in the new finance. After two years, Eunion has got a full picture of the trading characteristics of the digital currency sector and obtained enormous amounts of industry resources.

Secondly, Eunion team firmly believes that compliance operation is the future prospect of the digital currency business. Therefore, it has obtained the compliance licence given by the relevant institution very early. In 2019, Eunion trading team earned thetop level of European regulatory license MTR; meanwhile, it passed through the rigorous review of US Department of The Treasury to receive the regulatory license MSB. MTR is a financial license regulated and presented by FINANTSINSPEKTSIOON to supervise companies engaged in financial services-related business. In Europe, a company must apply for MTR to operate business legally. US MSB (Money Services Business) is administrated by the FinCEN under the US Department of The Treasury. The mainstream global trading platforms are as follows: Huobi, binance, OKcoin all have MSB license.

Finally, Eunion has won a large number of international awards because of its outstanding technical strength. In February 2019, Eunion team won the honorary title of “Partner of World Blockchain and Cryptocurrency Summit” at World Blockchain Conference (WBC) held in Russia. In May, at Malta Blockchain Summit, Eunion team’s outstanding contributions in the realm of financial technology and security innovation won the conference’s recognition and rewards again. In September, at the PICANTE TECH Conference Europe held in Prague Czech Republic, Eunion won the huge award of “Best Technology of Fintech” once again.

In reviewing the development of blockchain industry in the past decade, the blockchain technology has been sought after by many technology geeks and financial idealists due to its technical characteristics of decentralization and free agent trust. Just because of this, however, the industry development has been dogged by self-discipline of practitioners, hacker attack, etc. If blockchain technology wants to gain wider popularization, the standardized development of the whole industry is a problem we must to fix. So Eunion will be actively applied in the global financial transaction system along with the continuous development, which will not only capture the profits in the traditional financial transactions but also fix the industry status in the encrypted currency business.

Peter Gena is a senior writer at ECN, where he covers media and advertising and co-hosts the Original Content podcast. Previously, he worked as a tech writer at Adweek, a senior editor at the tech blog VentureBeat, and a local government reporter at the Hollister Free Lance. He attended Stanford University and now lives in Brooklyn.

Peter Gena is a senior writer at ECN, where he covers media and advertising and co-hosts the Original Content podcast. Previously, he worked as a tech writer at Adweek, a senior editor at the tech blog VentureBeat, and a local government reporter at the Hollister Free Lance. He attended Stanford University and now lives in Brooklyn.

Things You Should Know About DeFi

No Result
View All Result